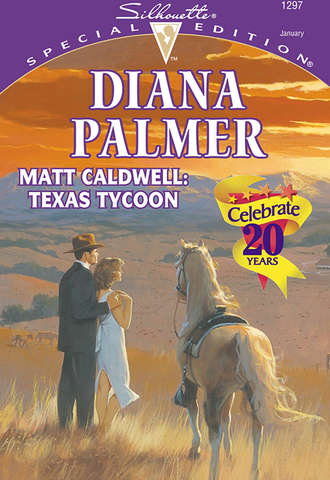 He was rich, powerful and every woman’s fantasy. Although many had tried to lasso Jacobsville’s sought-after bachelor, none had managed to catch Matt Caldwell’s eye.However, mysterious Leslie Murry was about to change all that. For the cynical Texas tycoon’s spirited new employee roused his temper like no one ever had before. And despite his fierce denials, her soft vulnerability also brought out his every protective instinct. After sampling her soul-searing kisses, Matt was sorely tempted to possess the enticing innocent who clearly ached for a man’s tender touch. Still, this Long, Tall Texan wasn’t about to let down HIS guard until he sweet-talked Leslie into surrendering HER heart!Long Tall Texans: Rugged heroes from Jacobsville, Texas.