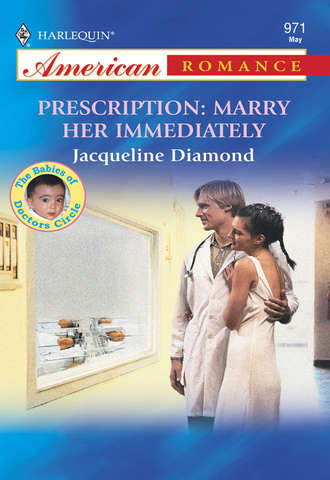 Just What the Doctor Ordered…Dr. Quent Ladd had dedicated his life to bringing babies into the world, but that didn’t mean he was ready to have his own. So when this very confirmed bachelor suddenly found himself the guardian of two beautiful, rambunctious young children, he needed help badly–and he turned to his very best friend. Psychologist Amy Ravenna was stunned to receive a proposal of marriage–in name only!–from the man she was secretly in love with. But if she had anything to say about it, they were going to end up as much more than friends and this make-believe marriage was going to become the real thing.…