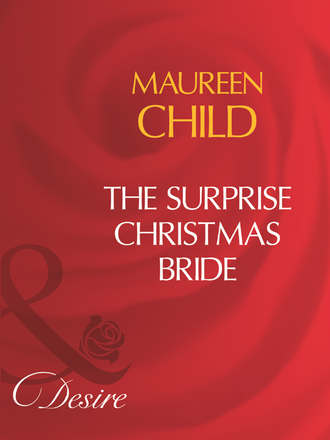 On the first day of Christmas…Finding herself in bed with her childhood love after being jilted at the altar by another man wasn’t exactly Casey Oakes’s idea of a merry Christmas. But she knew she wouldn’t have wanted to spend her «wedding» night alone–even if Jake didn’t love her.He got a wife… After he and Casey were caught in compromising positions, Jake had proposed. But love had made a fool out of him once, so he told himself that it was only lust his new bride inspired… And a surprise! Until the stick turned pink and Casey was congratulating him on his impending fatherhood!