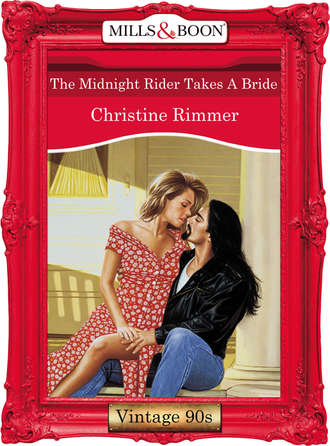 The Midnight Rider Takes A Bride

DO YOU… HAVE TO GET MARRIED, ADORA BEAUDINE?That’s what all the town gossips were asking – and what else could she expect? Ladylike Adora was supposed to settle down to a life of solid respectability, and instead she was about to say «I do» to a motorcycle-riding outlaw named Jed Ryder. What, everyone wondered, had gotten into her? What indeed?She told herself she was marrying Jed so he could get custody of his little sister. For the child’s sake, she insisted, she was about to give up every shred of her respectable reputation. It had nothing to do with the un respectable way she felt when he swept her into his arms… .