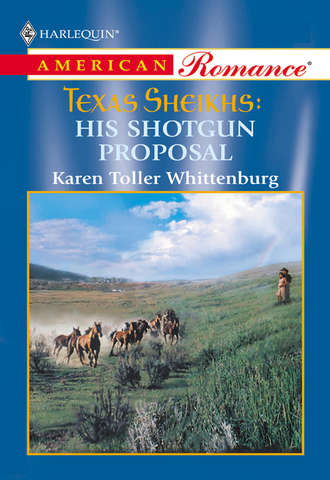 Texas Sheikhs: Though their veins course with royal blood, their pride lies in the Texas land they call home!THE SECOND SONA hurricane of hot remembrance crashed against Mac Coleman. The one-night seductress who’d vanished, then commandeered his dreams, was suddenly at his ranch house door, pregnant, penniless and prettier than ever. Ironclad honor demanded that the wealthy horseman take Abbie Jones into his protection. And her family was not far behind, insisting Mac give Abbie his noble name. No one could force this wild Texas prince to do anything, least of all marry. But Mac would take Abbie as his bride–his heart and soul decreed it. Yet would Abbie see his marriage offer as a mandate…or a loving promise of forever?